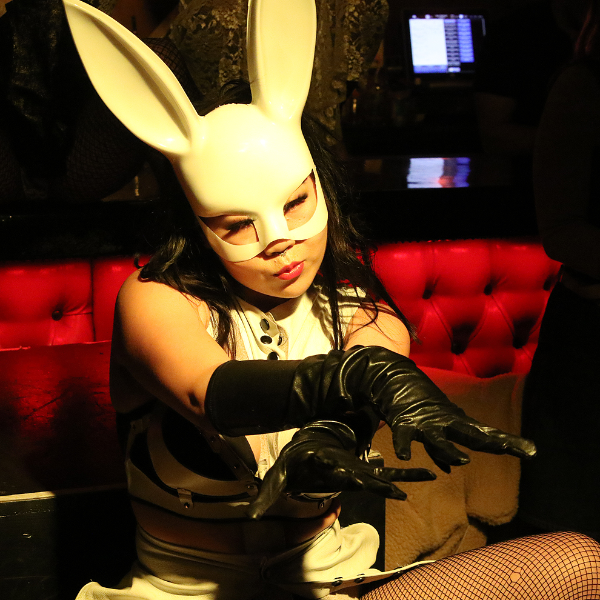 If you’re a L.A. nightlife lover, you’ve heard ofToledo. The audacious L.A. native, who’s proudly lived “everywhere from South Central to the Valley to Hollywood” (he says the latter were his stomping grounds),has been bringing his stage shows — the long-running Toledo Show and Toledo’s Circus of Sin — to L.A. club stages consistently for the past couple decades now, everywhere from The Central (now The Viper Room) to Union in Hollywood. His current residency, open to the public, is at Harvelle’s in Santa Monica on Sundays.

When we ask him how he describes what he does, he says it’s essentially “film noir fairy tales,” but adds that the dancers are an important element that inspire him. “I’ve always considered them as femme fatales ever since the beginning,” he says. “I love women that own everything they do, good, bad or indifferent… so the show is really a femme-fatale cabaret.”

Though The Toledo Show was lumped into the burlesque scene early on, that label was always too limiting for what he did and does, which is driven by live music and storytelling talent. Toledo commands attention at all times.

Circus of Sin:It's Femme Fatale Cabaret; it's film noir stories, it's contortionists, aerialists, moving to the backdrops of violins, keyboards, bass guitar and drums. The best Live Band performance on the west!